The Mediterranean Diet is a modern nutritional recommendation inspired by the traditional dietary patterns of Greece and especially the island of Crete, southern Italy, southern France, Spain and parts of the Middle East.

On the 17th of November 2010, UNESCO, recognised this diet pattern as an Intangible Cultural Heritage of Italy, Greece, Spain and Morocco, thus reinforcing it not only as a fundamental part of their history and background, but also as a great contribution to the world.

Despite its name, this diet is not typical of all Mediterranean cuisine. In Northern Italy, for instance, lard and butter are commonly used in cooking, and olive oil is reserved for dressing salads and cooked vegetables. In North Africa, wine is traditionally avoided by Muslims. In both North Africa and the Levant, along with olive oil, sheep's tail fat and rendered butter (samna) are traditional staple fats. 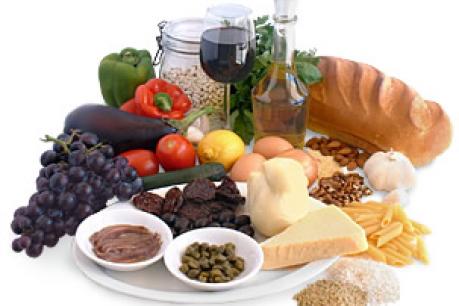 Cretan cuisine is an outstanding example of the principles of this diet, with great tasting simple dishes made with fresh ingredients and plenty of olive oil.

Extra virgin olive oil has not been chemically processed and does not contain any preservatives.
Extensive research has proven the cardio-protective and anti-cancer activity of olive oil.
Olive oil carries exactly the same caloric content as other types of oils.
Olive oil is the only oil that withstands more on heating and frying.
Olive oil helps to reduce the influence of alcohol.
Add olive oil at the end of the cooking process. This way it preserves its flavor and aroma better.
Olive oil can contribute effectively to combat hair loss and dandruff.
The method of olive oil storage constitutes an important factor in preserving its quality.
Olive oil is a natural solution to reduce the appearance of stretch marks during and after pregnancy.
Olive oil is the best dietary option for the diets of children, helping their proper growth. 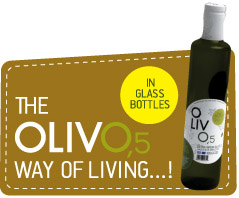